I’ve been a fan of Elizabeth Kostova’s books for many years, and often reread ‘The Historian’. I stumbled upon her latest book ‘The Shadow Land’ whilst browsing through the titles on Netgalley (a site that allows you to read books for an honest review) not even aware of it’s existence. I was so excited to read this book. Here is my review of: 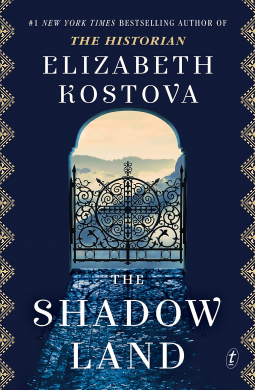 Elizabeth Kostova never disappoints, in this her third novel she again weaves history effortlessly into the narrative and breathes the atmosphere of Bulgaria into her words.
I can’t do this novel justice really: this is simply another amazing book from Elizabeth Kostova, a captivating story, compelling characters and such atmosphere.
The story begins with a young woman who has travelled to Bulgaria; (in true Elizabeth Kostova style) we are drawn into all the sights and sounds of the country- immersed in it as though we are actually there. Alexandra mistakenly picks up someone else’s suitcase, it isn’t until she’s far away from its owners that she realises it contains human ashes. The story is about her trying to find the people who they belong to. We journey with her around the country finding out more about the man who was Stoyan Lazarov and more about Alexandra herself. Sometimes I wonder whose story this is Alexandra’s or Stoyan’s. Later in the novel we hear Stoyan’s story and that is the point where I was stunned into silence- no spoilers here.
This is proper story, not a fast paced thriller or who-dunnit but a story about people and a country and I have learnt so much about Bulgaria and it’s history from this story.
At some points throughout the story (although you are warned before you start reading) there are these little turns from Alexandra’s story, mesmerising roads which you will follow and be drawn into. And each one is telling you more about the characters and adds so much depth to the story. But despite these twists and turns this is one of those books which you will find hard to step away from until you’ve reached that final page.
Loved it.