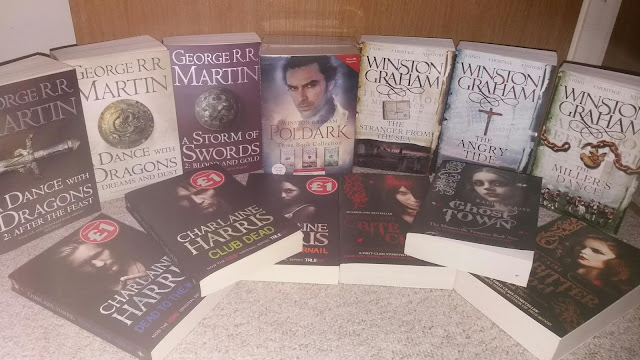 When I first started reading Anita Blake and Sookie Sackhouse books I picked up whatever book was in my local library at the time. This was years ago and the problem then was that I never read any of the books in order. So I had to start again.

I bought the Sookie Sackhouse books when they were all £1 on sale but I’ve only read a few. I read the Anita Blake series and then stopped, I love the character though and the books are full of action. I recently started reading the Morganville series again and I’m on Ghost Town now

The problem with me reading a series

I don’t think I’ve ever finished a book series. A future book challenge maybe to read so many books in each series or finish one!
Do you have a system when reading a series of books. Do you read one after the one or take a break? Or is this problem only for people like me who have no willpower and can’t stop finding and buy more books when I have so many already to read?

2 thoughts on “Reading a Book Series”