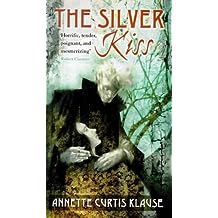 This may be the first vampire book I started reading: The Silver Kiss by Annette Curtis Klause. I finished it in 1999, I remember it’s about a lonely teenage girl whose mother is ill and she finds friendship with a strange boy who is a vampire. It’s a love story really and this is what started me reading The Vampire Dairies Books:

I loved these books and The Night World series by the same author L.J.Smith. After the success of the Twilight series they made The Vampire Diaires into a tv series which pulled it into the 21st century. And they republished  The Night World Series, having three novels in one book.  I bought them this year to reread and read the ones I never got around to reading. I remember my favourite was Witchlight. There was another book series I never got around to finishing: 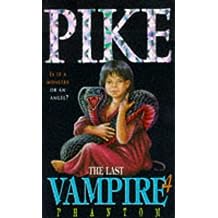 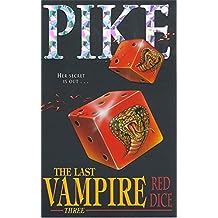 The Last Vampire Series was about an age old vampire called Alisa Perne “the now-forgottten Sita” I never read it from the beginning, I don’t know why, but I enjoyed them.

After all these vampire novels I started finding great films to watch (I was already watching Buffy) John Carpenter’s Vampires, The Wisdom Of Crocodiles (a must-see Jude Law is in it and it’s an interesting take on the vampire idea). This may have led me to possibly the first adult novel I read in 2001: Interview With The Vampire. And so my obsession with vampires had begun and I discovered my favourite literary character: Lestat de Lioncourt!

I still love this character and when Prince Lestat came out it was like, as the librarian who handed it to me said, ‘putting on a pair of comfy old slippers’. I got an ARC of Prince Lestat and The Realms of Atlantis this year, you can find my review here

So this is how my interest in vampires started, I have to admit it started with the teen romance novels that were around in the 90s way before Edward Cullen came to be. When the Twilight books became popular I remmeber thinking “where were all these vampire fans when I was reading vampires books” I enjoyed the Twilight series, how could I not? I would have devoured them jsut as eagerly if not more so in my teens (and would’ve loved having people to talk about vampires books with)

There are so many vampire books around now and it’s a struggle to find any that do something different. But I have found some that stand out as unique reads-more in my next post

Are you a vampire fan? Which vampire novels are your favourite?