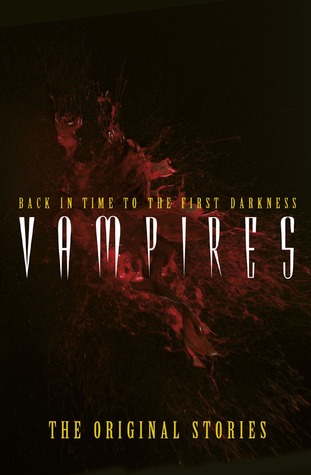 For Halloween I started to read some stories from this book. I only managed to finish two one of which was:

I’ve been meaning to read this for some time and I shouldn’t have waited so long.

I was engaged with this story until the end, in fact I hadn’t realised how much I’d missed reading a classic novel until I started to read this story. It’s similar to Dracula in some aspects but then has some interesting ideas of it’s own. It does predate Dracula and doesn’t follow the same story. Although I knew  why people in the story were strangely ill, I still found it full of suspense and was intrigued to find out what would happen next.

I would recommend this to any vampire fan, especially if you have read Dracula and love classic novels. It’s a novella and doesn’t take too long to read.

Wake Not The Dead by Johann Ludwig Tieck

This short story was published around 1800 and is one of the earliest vampire stories ever published. Despite it’s age it has some good ideas and seems a lot like a story of folklore as well as a horror story. The gist of the story is that Walter’s wife dies and he misses her so much that he wants to being her back. The repeated warning in this book: “Wake not the dead,” I can’t help but imagine in Christopher Lee’s voice. This story is intriguing and the ending does not disappoint.

I recommend this book Vampires to any vampire fan as there’s some real gems in there. There’s one by Arthur Conan Doyle I’m tempted to read but I’m trying not to think how long I’ve had some ARCs for that desperately need to be finished.

I don’t plan to read anymore from this book at the moment because I’m hoping to finish some books in November. That means not rereading two books I really want to and trying not to be overly concerned that the reading challenge I started may not be finished.