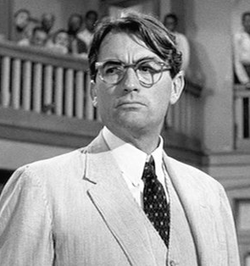 It took me all but two seconds to pin down my favourite literary character. Yes, I did have a brief moment of reservation given that this character is commonplace in discussions such as these, but because he is one of the most iconic champions of social justice to ever grace the page I gladly settled on Atticus Finch.

Featured in Harper Lee’s Pulitzer Prize winning 1960 novel, To Kill a Mockingbird, played by the incomparable Gregory Peck in a 1962 movie of the same name, and revisited in the contested 2015 literary sequel, Go Set a Watchman, Finch is the much beloved lawyer who willingly defended an African American man accused of appalling crimes in the fictional town of Maycomb, Alabama, between the years of 1933-35.

As with many students, I was introduced to the story of Atticus, his children – Jean Louise Finch (Scout) and Jeremy (Jem) – and the eye opening time that was the Great Depression, around the time I first entered high school. It was the first time I fell in love with a literary character that didn’t transpire from the fantastical genre, and I will never forget the way I felt when I read Tom’s conviction, realizing that racial injustice was, and may well still be, the norm at the time of Mockingbird’s publication.

Of course, like many who put a person on an untouchable pedestal, I was emotionally distraught upon completing Go Set a Watchman.  While I now understand that this controversial novel was more than likely a first draft of To Kill a Mockingbird it was nevertheless troubling to see my once heroic icon reduced to nothing more than a decrepit, racist old man. In those moments I was Scout, having everything I once believed to be fact presented to me as nothing more than a father trying to spare me the ugly truths of the world.

And yet, even faced with the fact that my favourite character was imperfect, Atticus continues to teach readers, including myself, that courage is ‘when you’re licked before you begin, but you begin anyway and see it through no matter what.’  That, ‘the one thing that doesn’t abide by majority rule is a person’s conscience. That, ‘you never really understand a person until you consider things from his point of view … Until you climb inside of his skin and walk around in it.’ And finally, ‘the highest tribute you can pay a man… is to trust him to do right, it’s that simple.’ 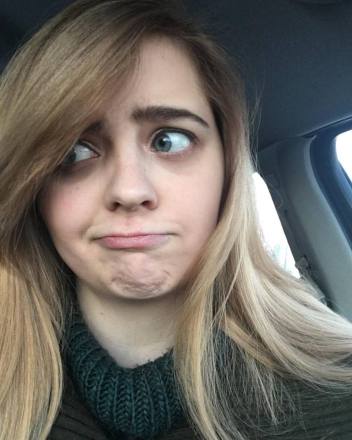 My name is Sara Lester and I am  avery proud book blogging Canadian. I am a recent print and online journalism graduate with a previously earned B.A. in English, minor in History. I tend to introduce myself as a caffeine addicted, professional sleeping beauty who, when not reading, is quite the (self-proclaimed) Netflix connoisseur. I tend to stick in the YA fantasy and adult historical fiction genres when I read, but am trying to broaden my horizons in the form of middle grade, science fiction, and adult fantasy. You can catch me on Instagram and twitter as @Thepbkpilgrim, Goodreads as Sara L-V, and on my blog thepaperbackpilgrim.com.

Come back next Monday for the next guest post 🙂