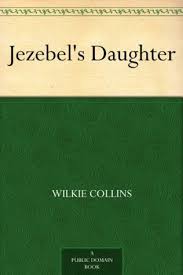 I was encouraged to read this book by the read-along-a-classic on readitswapit book forum. I’d just finished watching the recent tv adaption of A Woman In White by Wilkie Collins so I was intrigued to start reading this book.

“‘The power that I have dreamed of all my life is mine at last!’

How far is a mother prepared to go to secure her daughter’s future? Madame Fontaine, widow of an eminent chemist, has both the determination and the cunning to bring young Minna’s marriage plans to fruition, with dangerous consequences for anyone who dares to stand in her way. But has she met her match in Jack Straw, one-time inmate of Bedlam lunatic asylum? It will take a visit to the morgue to find out who triumphs—and who comes out alive.

Reminiscent of Collins’s blockbusters The Woman in White and Armadale, this suspenseful case study in villainy is set against the financial world of 1820s Frankfurt and tells the story of two widows, one of them devoted to realizing her husband’s social reforms, the other equally devoted to the pursuit of her daughter’s happiness”

This book was compelling from the start: Wilkie Collins has a brilliant way of drawing you into the story, taking you to various places and introducing you to various characters, all adding to a suspenseful mystery that unfolds as the story progesses.

It’s unusual to read a classic book that features a character devoted to encouraging women to work during this time, but this one does.

I enjoyed reading about the character of Madame Fontaine and trying to figure out her mind. Wilkie Collins does not hold anything back, there are no loose ends and in doing so you get an accurate picture of the characters and an interesting read. Although there is so much going on and insight into various ideas: the treatment of the patients in the asylum, the idea of women working and the story of a couple in love with impediments to their marriage, it is a book that is always interesting and riveting.

There in one chilling well-wrought scene towards the end of the novel! I’d never heard about Wilkie Collins until recently but I’m going to be reading more soon.