This book was sent to me by a book fairy 🙂 This is a lovely edition with illustrations and a foreword by the author, he wrote this book for his children (long story short that foreword is a must read!) This is the edition to buy! 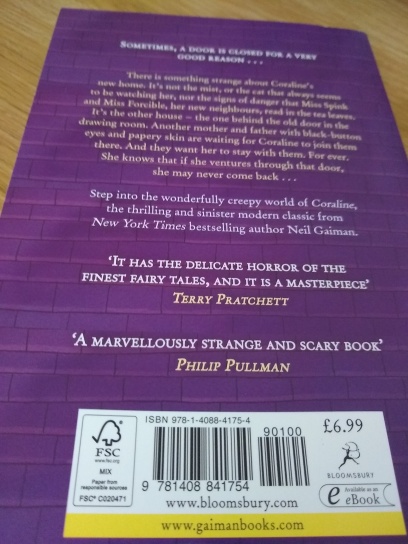 Coraline was one of my Halloween reads and I thought it’d be a light read even though it’s a dark fantasy. I was surprised to discover that it’s actually a creepy book! Even though it’s written for children the atmosphere is tense and it’s great!

“Something moved. It was little more than a shadow, and it scuttled down the darkened hall fast, like a little patch of night.”

I loved this odd little rhyme:

“We are small but we are many,

We are many, we are small

We were here before you rose

We will be here when you fall” 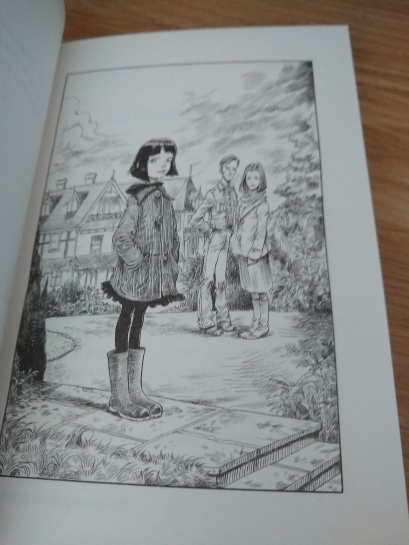 This is only the second Neil Gaiman book I’ve read and I’m never disapointed. They always exceed expectations and I’m surprised by how different his stories are. I am struggling to put into words how much I like his writing style, it’s not just the atmosphere and the riveting story but the similes he thinks of and his choice of words. I need to write down quotes more often.

I recommend this book so much, it’s a quick read. Dare I say, a must read!

1 thought on “Coraline by Neil Gaiman”