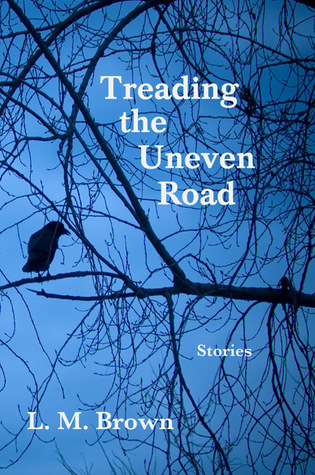 This book was given to me by the author in exchange for an honest review. It will be released Friday 15th March.

“The stories in this linked collection are set in a small village in the Northwest of Ireland in the early 1980’s and 90’s. A by-pass around the village has rid them of their once busy traffic. The residents feel forgotten by the world. The need to reach out and be heard is explored in every story, from the young woman who starts to have phone conversations with her husband’s gay lover, to the dyslexic man who confronts his cruel teacher years later.

The collection is not only about the characters need for salvation but it is about a society that is unraveling. In Amends, we hear about the Bishop who has fathered a child. A priest is beckoned by a dying man to be mocked. The world inside and outside the village is changing. In every story the characters need to make a choice on how they might carry on. “

Treading The Uneven Road is a collection of character driven stories that sometimes span the majority of their life. The characters are so well developed with plenty of description and an insight into their thoughts and feelings. The author does a good job of making you care about the characters and of presenting a good sense of place and atmopshere.

The collection starts with ‘The Lady On Thhe Bridge’ an intriguing story of a woman who suspects her husband of having an affair, after finding a number she believes belongs to his lover she calls it. I enjoyed this story, the characters felt so real, and I was riveted. I just wish it didn’t end so soon, I wanted more.

I couldn’t decide if that one was my favourite or a later story ‘The Wrong Man’ about two friends who leave Ireland: Moire and Ester. Moire starts working late and their friendship changes when she moves in with her much older boyfriend. Ester becomes concerned. I enjoyed this story, and how it spans Ester’s life, she looks back as she is older with regrets.

Some of these stories are linked, you’ll read a story about one character and then later on a minor character from the same story will feature, I liked that.

I enjoyed some of these stories but generally felt that they meandered and I couldn’t always follow the plot. It’s interesting how they span a whole life rather then give you a short snapshot. But they were longer than I expected and I usually read shorter stories because I like to read them on my lunch break or when I want to read but don’t have the time to read a novel.

The tone and style perfectly suit the character driven stories and other readers may find that they are exactly what they are looking for. This style and length just isn’t for me. You should defintely have a read and make up your own mind. Check out the other reviews on GoodReads

2 thoughts on “Treading The Uneven Road by L.M. Brown”