Well, I’ve only read 2 out of 20 books so far. The Strawberry Thief took me to France and My Family And Other Animals took me to Corfu.

The Strawberry Thief by Joanne Harris 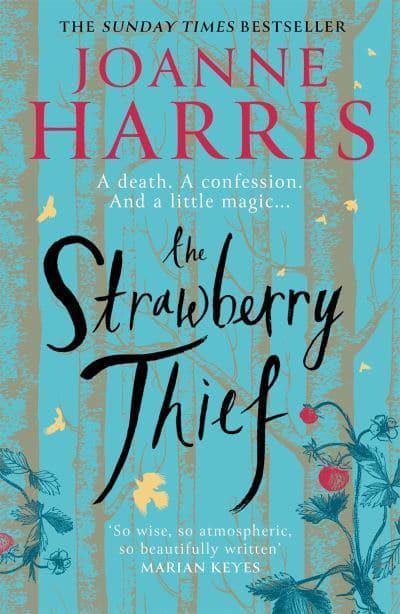 The Strawberry thief is the latest in the Chocolat books which I love. We go back to Lansquenet-sous-Tannes, and this time Rosette has grown up, Anouk has gone to Paris and Vianne doesn’t seem like herself anymore. I enjoyed the story, although it didn’t seem to have the same sensory magic as the others. It was great to revisit the characters even if Vianne is disappointing. She ends up becoming like the people she hates the most and treats a fellow traveller/witch like she was once treated.  I was engrossed by the story, although there were quite a few different viewpoints this time around, you don’t get to see much of Anouk or Roux either. I also didn’t like how the story ended, how Rosette’s character changed. Debating whether or not to explain this but I think I’ve given enough spoilers.

My Family and Other Animals by Gerald Durrell

(Book one of the trilogy, my copy is this big thick book. I decided to read the one novel for the moment, regretted not having a separate copy as this thick book kept slipping out of my hands and it was awkward to hold the book and a cup of tea)

This was a reread, I read part of it when I was in school and then must’ve had a copy from the library to read years later. Since the tv series on ITV started I’ve been meaning to buy my own copy and read it again, the series finished and finally I bought one. It’s a memoir about the time in his childhood when Naturalist Gerald Durrell and his family left their home in England and moved to Corfu.

It’s a fun and engrossing story, you never know what funny thing is going to happen next. It’s also very interesting to read about different animals and the people are such characters too. This time around I was a bit annoyed with Gerry stealing a birds egg and did think that he shouldn’t capture some Magpie chicks from their nest. But in the time all this was happening it was normal. Today we want to leave animals alone and not put them in cages. That aside it’s a lovely book. Gerald Durrell captures the magic of Corfu, his descriptive skills are beautiful. I felt that this book was the perfect choice for this moment, a bit of escapism and humour.

And now I get to pick my next book. After reading My Family And Other Animals I want to read something completely different, a fictional story. Where shall I go next?

4 thoughts on “20 Books Of Summer Update”